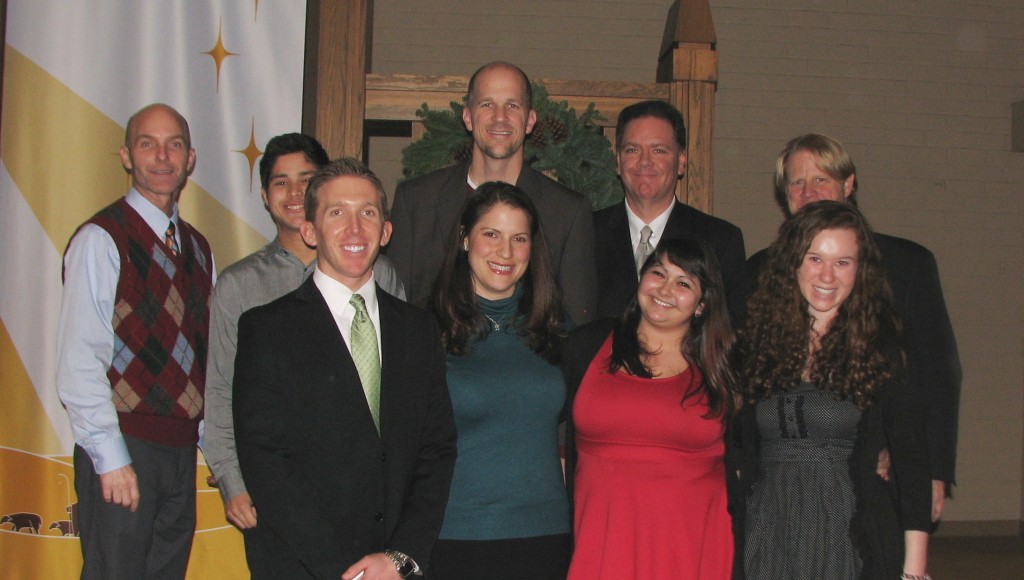 In the fall of 2003, Hugh van der Linden started directing the Contemporary Music Group for the 12:30 Sunday Mass at St. Joseph’s. With the help of a number of musicians and singers over the past several years, Hugh has tried to integrate a “praise and worship” style of music into the Mass. The response from the congregation has been very positive.

In November of 2011, Hugh and Edward wrote music for the new translation of the parts of the Mass. They launched a Youtube channel (Hughbe40), and posted videos of their original Mass parts. Soon they were receiving dozens of requests from all over the world for the sheet music. There are now a variety of videos on the Youtube channel in order to help the congregation learn the music, as well as offering music ministers free ideas for contemporary music for Mass.  The Youtube channel receives 2,000 views a month on average.

Over the past several years, Hugh, with the help of members from the music group, has also recorded his original music. Hugh uses the pseudonym, “The Perfect Cry” for these musical projects. Hugh has had his music nominated for a few different UNITY awards by The United Catholic Music and Video Association. He has also been interviewed by a number of magazines and podcasts. Lastly, Hugh has written a number of magazine articles about Contemporary Catholic Music, and was a presenter at the 2007 UNITY Awards Ceremony.

Catholic Online > Saint of the Day